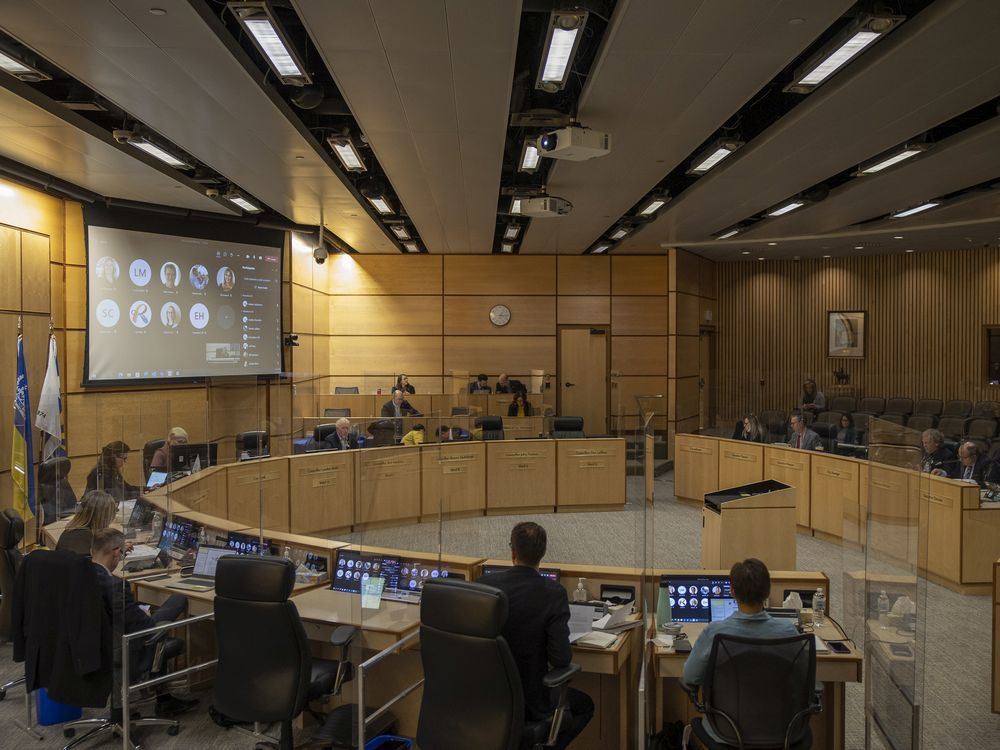 Providing an update on the development of Regina’s first multi-year budget, the city administration revealed a preliminary mill rate increase of 4.02 per cent in 2023 and 3.96 per cent in 2024.

The city’s executive director of financial strategy and sustainability, Barry Lacey, stressed to the executive committee during its meeting on Wednesday that these increases are preliminary and intended to serve as a starting point for conversation and not a decision. final.

Sign up to receive daily news from Regina Leader-Post, a division of Postmedia Network Inc.

Thank you for your registration!

A welcome email is on its way. If you don’t see it, please check your spam folder.

The next issue of Regina Leader Post Headline News will soon be in your inbox.

We encountered a problem during your registration. Try Again

But as the conversation unfolded, it was clear that there were many costly priorities that board members wanted to see play a bigger role in the budget, including increased investments as part of the energy and sustainability and housing first initiatives to address homelessness, which if all prevailed would skyrocket this mill rate increase.

Acting City Manager Jim Nicol says a motion approved by council in June to include full funding in the budget to end homelessness through a Housing First model would more than double the preliminary increase of the mill rate if it were part of the equation, increasing it from four percent to 9.5 percent.

“I am deeply concerned that Regina residents listening to this budget discussion will be in a state of catatonic panic,” the councilman said. Bob Hawkins (Ward 2) said hours after the chat started.

“These are people who are paying sky high food bills, who are seeing interest rates on their mortgage go up, who are squeezed by an economy, who are listening to us talk about some kind of utopian state of budgeting , and that’s not what we’re doing.”

If the increase in funding requested by the Council. Shanon Zachidniak (Ward 8) was also included, Hawkins notes that the per mile rate would increase a few more percentages.

“I’m not going to vote for, and I don’t think the majority of this board is going to vote for, a 12% or 13% or 14% rate increase,” Hawkins said. “We have to make reasoned compromises keeping in mind what our citizens can afford in a very difficult economy. I think we should not lose sight of it. I don’t think the administration has lost sight of that and I think we have to be careful not to scare people away, not to discourage investment in the city because potential investors feel we’ve lost the head. ”

But Zachidniak argued there was no time to defer funding to deal with the current climate crisis.

“It won’t get any easier or cheaper if we delay,” Zachidniak said. “We cannot afford to postpone it, not even for a year, otherwise we will not achieve our goals.”

In a pre-budget survey conducted from April 28 to May 11, the administration said it received only 1,604 responses.

Of these responses, the top three spending priorities were road construction and repair, public safety/crime/policing, and recreational/cultural facilities and programs. The administration said these priorities are consistent with previous years.

Also noteworthy are the references to cutting taxes and controlling spending, which the city heard six times more than any other comment provided in the open-ended portion of the survey.

Ninety percent of respondents supported reallocating funds to support their priorities, including Renewable Regina (the city’s energy and sustainability framework to make the city net zero by 2050) and public safety/crime/police.

Other priorities not included in the budget due to financial pressures total $19.7 million for homelessness, transit master plan (increasing weekend service), free transit for high school students and free public transit for seniors from 10 a.m. to 2 p.m.

Roaming alone is allocated $15.4 million per year, including operating and capital costs.

Although he agreed that this deviated from the norm, Nicol said the wording of the motion made it clear that it should be included in the budget. Either way, he said, the matter will be debated and resolved by a council decision at budget time.

Regarding the capital budget, Lacey reminded the executive committee that there are a number of potential pressures and unknowns that could significantly alter the playing field, including inflation, fuel costs, salaries and benefits (all collective agreements are currently expired), police budget requests, service partners, COVID, reserves and debt, infrastructure deficit and more.

“Let’s be real,” the adviser said. Lori Bresciani (Ward 4) said at the end of the discussion. “Each adviser has their initiatives that they want to highlight, and it’s about finding that balance.”

News seems to be flying towards us faster all the time. From COVID-19 updates to politics and crime and everything in between, it can be hard to keep up. With this in mind, the Regina Leader-Post has created a Afternoon titles newsletter that can be sent to your inbox daily to ensure you are up to date with the most vital news of the day. Click here to subscribe.