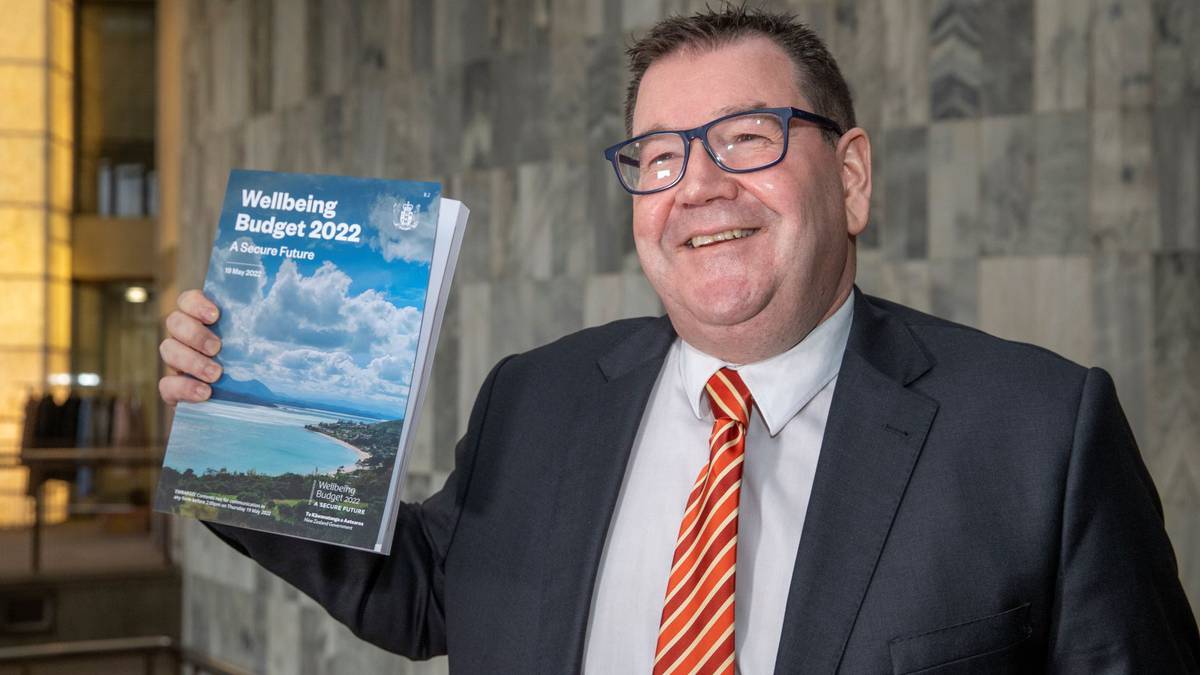 Budget 2022: What has already been announced in health, police, education and climate change

Finance Minister Grant Robertson said the government had $6 billion to spend on top of normal spending in this budget, with the lion’s share going to the health sector.

Here is what has already been announced in the previous weeks:

The first pre-budget announcement on May 1 allocated $88 million to address attendance and absenteeism issues. A large part must cover a period of four years.

It includes a four-year, $40 million regional response fund being created to respond to local education needs.

The package also included $11.2 million for a positive behavior and learning program and $7.75 million specifically for Maori and Pasifika communities, where there are large disparities.

On May 3, Finance Minister Grant Robertson announced a new debt ceiling of 30% of GDP. This was accompanied by a warning that the current budget would show a deterioration in the budgetary situation compared to the forecasts drawn up by the Treasury in December last year.

The Treasury also now had to measure New Zealand’s net debt taking into account a wider range of Crown assets like the NZ Super Fund and liabilities like debt held by Kainga Ora.

Using IMF comparators, New Zealand’s net debt as a percentage of GDP of 20% would compare to rates of 37.5% in Australia and 76.1% in the UK.

The investment of $86.5 million over four years aims to help 64,000 New Zealanders benefit from better access to driving licenses, testing and training.

It was announced on May 4 by Development and Employment Minister Carmel Sepuloni and Transport Minister Michael Wood.

On May 5, Biosecurity Minister Damien O’Connor announced $42.9 million to strengthen biosecurity for future incursions and $68 million over the coming year to continue the program of eradication of M. bovis livestock diseases.

Only one property remains affected by the disease, compared to 54 in 2019.

Boost to police to ‘target gangs’

The funding would go towards more frontline police, a new firearms unit and a package to help businesses protect against ram raids.

An investment of $230 million would help an additional 24,000 apprentices benefit from Apprenticeship Boost support and 14,000 continue to be supported beyond August this year.

Education Minister Chris Hipkins and Social Development and Employment Minister Carmel Sepuloni made the pre-budget announcement on May 9.

Eliminate violence at home and in communities

Marama Davidson, Minister of Domestic Violence and Sexual Violence Prevention, announced the funding May 10 and said the investment would include an additional $38.1 million for integrated community-led responses.

Investment of $20 million in the technology sector

Clark said the budget funding will support the growth of the Software-as-a-Service (SaaS) community.

He said it would also help bring the marketing initiative, called New Zealand’s Tech and Innovation Story, to key markets such as the United States, Australia and Europe.

On Monday, the government announced that $4.5 billion would go towards a series of programs, strategies and plans associated with the emissions reduction plan.

Funding would come from revenue from the emissions trading system, which puts a price on greenhouse gas emissions.

The fund will initially have $2.9 billion over four years.

The transportation sector will get a $1.2 billion boost, including $569 million for clean car upgrades, which will help low- and middle-income households get rid of high-emission vehicles in exchange for electric and hybrid alternatives.

Agriculture would receive $710 million over four years, including $339 million to accelerate technology and create a Center for Climate Action on agricultural emissions.

Just over $650 million had been allocated to decarbonize industry over four years to 2026, with an additional $330 million over three years after that.

One would expand Mana Ake, with $90 million earmarked to start school program services in the Northland, Manukau Counties, Bay of Plenty, Lakes and West Coast regions, as well as to continue existing services to Canterbury and Kaikōura.

Little also announced an investment of $100 million over four years for a specialized mental health and addictions program, including about $27 million to make more acute services available.