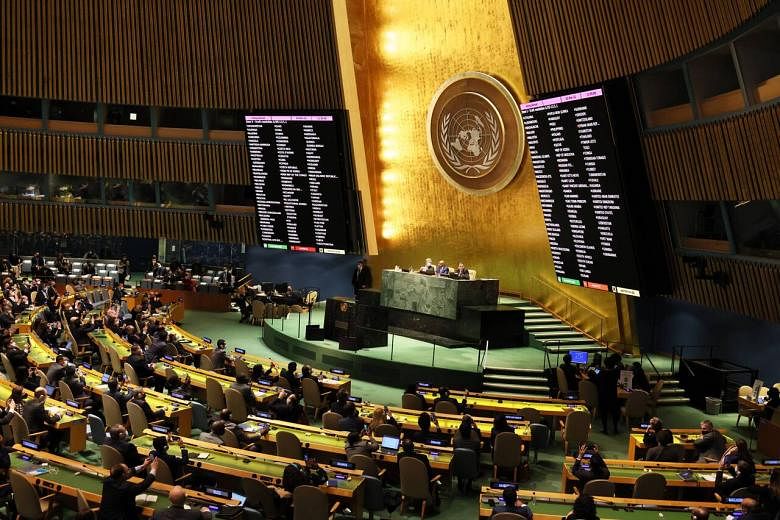 Budget debate: More crucial than ever for S’pore to support the multilateral order, according to Vivian Balakrishnan

With the fortunes of all countries and peoples now increasingly interdependent, people like Singapore value a system where sovereign states – regardless of size – have equal rights; are not subject to the rules of the jungle where might is right; and are not forced to make unkind choices between great powers, Dr Balakrishnan said.

“Multilateralism and economic integration have been a formula for peace and prosperity for many decades since the end of the last World War II,” he added. “You notice I said ‘last world war’ – I betray my anxieties.”

He noted that the rise of protectionism in the context of Covid-19 had also highlighted the importance of a free, open and rules-based multilateral trading system, as embodied by the World Trade Organization; multilateral forums such as the Asia-Pacific Economic Cooperation and the Group of 20; and regional agreements such as the Comprehensive and Progressive Agreement for Trans-Pacific Partnership and the Regional Comprehensive Economic Partnership.

“Even in Singapore, as we face the reluctance of some people against economic integration, it is important to redouble our efforts and reaffirm that this is a key pillar of our economic strategy,” said Dr. Balakrishnan.

In the event of heightened mistrust and rivalry between the United States and China, while trade and economic issues can be negotiated, “disagreements expressed in moralistic or ideological terms – on issues such as human rights man or political systems – quickly lead to dead ends where no compromise is possible,” he noted.

“We hope that both countries will accept the need to review their postures, develop a new modus vivendi and reduce zero-sum competition,” he said, noting that US-China relations would determine also the trajectories of the rest of the world.

“We therefore welcome the efforts of the United States and China to engage at the highest level; to cooperate on global challenges such as climate change and the digital age,” added Dr Balakrishnan, calling for a greater engagement between people as travel restrictions are removed.

“We hope these interactions will foster greater trust and pave the way for a constructive relationship,” he said.