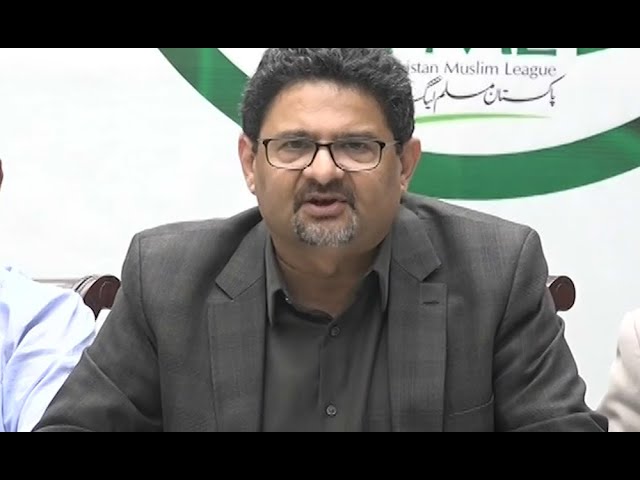 Pakistan Muslim League-Nawaz (PML-N) leader Miftah Ismail, also a former finance minister, said on Tuesday that Pakistan’s budget deficit would reach 5.6 trillion rupees by the end of the current financial year, a record level, while he policies of the deposed government of Pakistan Tehreek-e-Insaf (PTI).

Addressing a press conference at his residence, Miftah – a key member of the PML-N whose chairman, Shehbaz Sharif, was elected the country’s prime minister on Monday after Imran Khan’s ousting – said the previous government had informed us that the country would face a deficit of about 4 trillion rupees.

Third consecutive gain: the appreciation of the rupee against the US dollar continues

“However, this deficit will reach 5.6 trillion rupees, which is by far the highest deficit in Pakistan’s history,” said Miftah, who served as finance minister in 2018.

Tackling the economic problems is one of the main and most urgent responsibilities of the new government, as the South Asian country’s economy faces a number of problems on multiple fronts, including rising unemployment rate. inflation and the depletion of foreign exchange reserves.

Calling the 373 billion rupee relief package announced by then-Prime Minister Imran Khan a “landmine left to the newly formed government of Shehbaz Sharif”, Miftah said PTI officials had wrongly stated that the program could be funded by the government.

“The International Monetary Fund (IMF) has not agreed to said package, and we are expected to resume negotiations with the international lender,” Miftah said.

The PML-N leader added that Pakistan’s trade deficit is expected to hit $45 billion this fiscal year, which is a record high.

“Our government’s top priority is to stabilize and increase foreign exchange reserves,” he said.

Miftah said that in the coming fiscal year, Pakistan has to make payments of $30 billion, for which it is important to take the IMF on board.

Welcoming the announcements made by Prime Minister Shehbaz, Miftah had previously said his government was immediately increasing the pension for retirees by 10% and also increasing the minimum wage to 25,000 rupees.

Miftah added that markets reacted positively to Shehbaz Sharif’s ascension to the Prime Minister’s House as the Pakistan Stock Exchange (PSX) recorded massive gains, while the dollar, which traded at 190 there a few days ago, fell to 182 against the rupee.