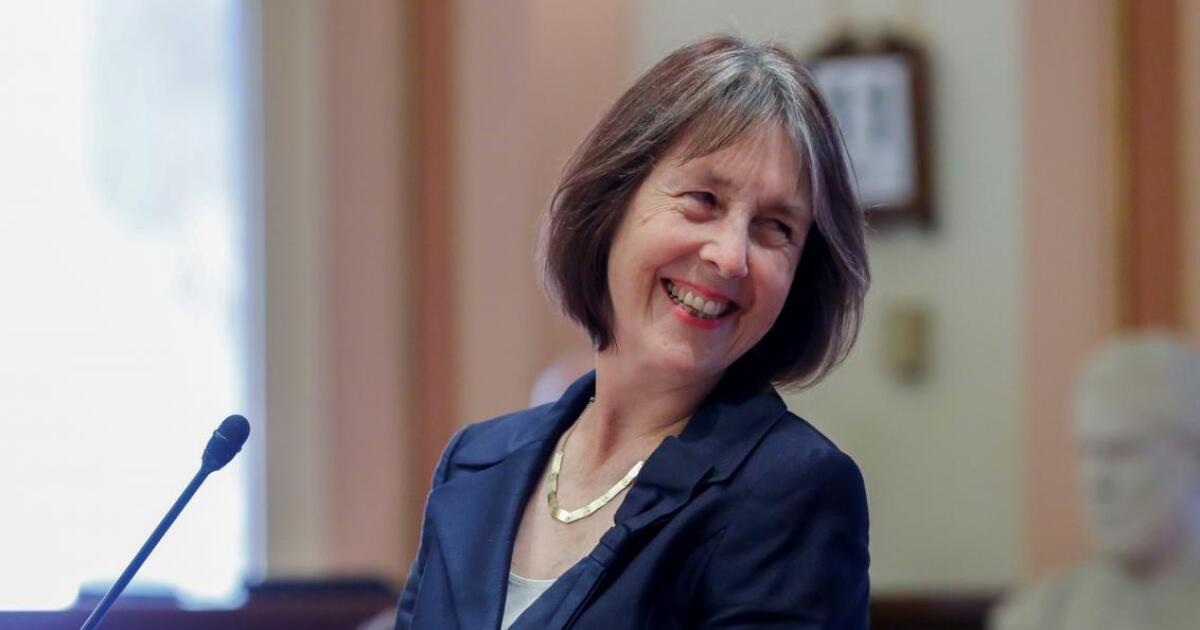 California lawmakers have approved a $300 billion spending plan for fiscal year 2023, setting the stage for what will likely be a haggle with the governor over the final budget. The fiscal year begins on July 1.

Gov. Gavin Newsom and his fellow Democrats, who control the legislature, disagree on some key sticking points, including how a taxpayer refund will be handled.

The legislature’s budget is 95% identical to what the governor proposed, Sen. Nancy Skinner, D-Berkeley, who chairs the Senate Budget Committee, said on the Senate floor.

“It was designed based on the budget presented by the governor in January and its revisions in May, and refined over seven months,” Skinner said.

Anthony York, a spokesperson for Newsom, said when legislative leaders announced an agreement on their budget on June 1, the governor’s budget does more for Californians while being fiscally prudent, suggesting he there are differences.

The state has a $97.5 billion surplus with $49.2 billion available for discretionary spending, according to lawmakers’ budget, Senate Bill 154 and Assembly Bill 154.

The Legislative Assembly’s $300 billion spending plan would include total reserves of $37.5 billion, divided among four reserve funds, nearly double the $19 billion projected in the 2019-20 budget.

Their $8 billion rebate plan compares to a $10 billion proposal from the governor that would offer gas tax refunds of $400 for up to two cars per family and retention bonuses of $1,000. $600,000 healthcare and nursing home workers.

The Governor’s budget includes $37 billion for infrastructure in broad categories, including transitioning to zero-emission vehicles, modernizing the state’s transportation system, clean energy innovation, housing, reducing wildfire risk and drought resilience and response. This is in addition to the $13.9 billion in funding expected from the Infrastructure Investment and Jobs Act for transportation, water projects, broadband and cybersecurity.

For example, lawmakers’ plan would spend $3 billion more on infrastructure, an exempt spending category under the budget cap. While the governor’s revised budget would have been $3 billion above the Gann limit, lawmakers say their budget is below the limit.

“It keeps spending below the $20 billion state appropriation limit for fiscal year 2022-23 and sets a path to stay below the limit for the next two years,” Skinner said. “It’s the right balance between tax relief for families and businesses, funding for infrastructure and other things, and doing it with one-time investments.”

“There’s been a lot of talk about what we disagree on, but there’s a lot of stuff we agree on,” Ting said. “This is a budget agreed to with the Senate – and it’s a bill of over 1,000 pages.”

If lawmakers approve a budget focused on one-time spending, it could have favorable ratings implications, analysts at S&P Ratings said earlier this month.

As has become customary, Republicans from minority parties cried foul before Democrats passed the budget in the House and Senate on Monday.

“There are some things we agree on,” said Assemblyman Vince Fong, R-Bakersfield. “But with a surplus of nearly $100 billion, it fails to address state issues, like the affordability crisis. Continued tax relief should be given to Californians and small businesses, and nothing in this bill does that.

Fong and Sen. Jim Nielsen, R-Tehama, vice presidents of budget in their respective houses, both criticized the state’s practice of fleshing out line items with follow-up bills after the 1st budget is passed. July.

“We can tell the public that we have passed a budget, but can we tell citizens what is in this budget? Probably not,” Nielsen said.