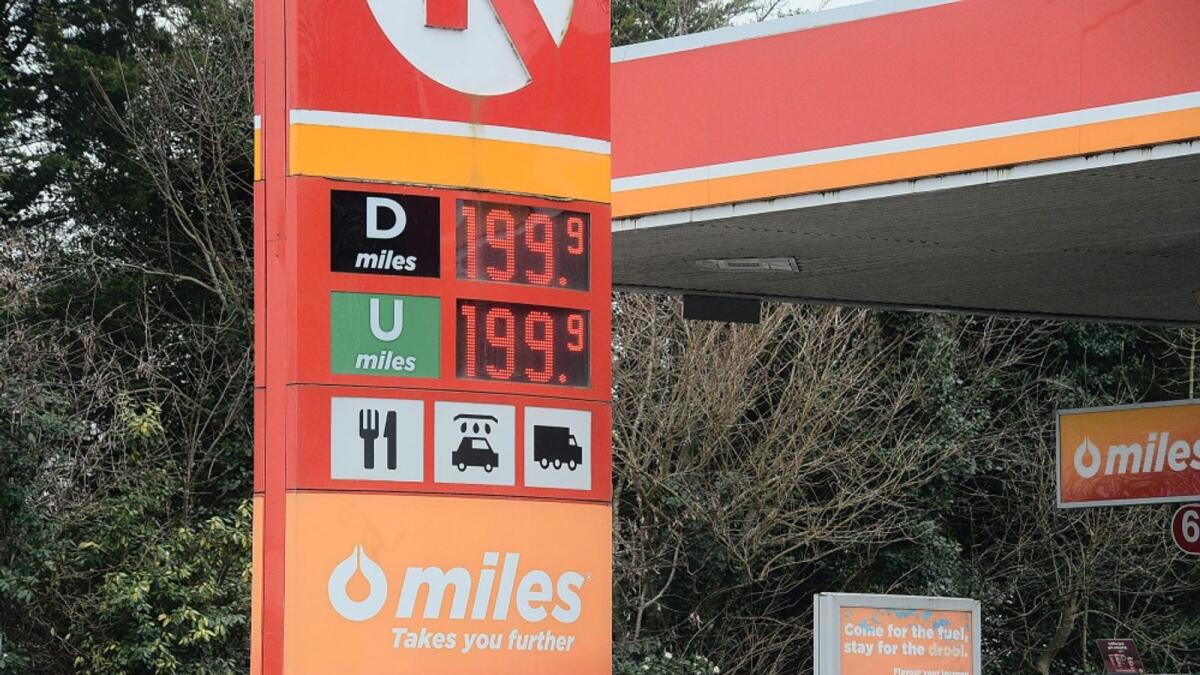 We had to put the central heating on the other day, the rainy Saturday of the long weekend. It’s hardly significant on its own, I know – and barely fodder for a column. But this is the time of year when you wouldn’t expect to need artificial help to keep the house warm. Later that day I passed a petrol station in Meath which sold unleaded petrol at £2.15.9 a litre. Google Street View tells me that the same station charged €1.51.9, which is a 42% increase in just one year, despite a 20c reduction in excise duty.

I’m lucky that the cost of a few hours of petrol to keep the house warm is perfectly manageable – and a few cents on a liter of diesel, while certainly noticeable, the difference won’t push me to the bread line . But I know that is not the case for many others, who might have hoped that the start of June would mean natural warmth and a chance to let the boiler rest – and who might have hoped that the price of l Gasoline could drop at the same rate as it spiked.

This last hope will probably not come true. As the European Union agreed to an embargo on Russian oil, the Taoiseach admitted rising fossil fuel prices were now here to stay. Ireland is not a big consumer of Russian oil, but the rest of Europe is, and the continent will now be competing for the same oil resources as us, which means everyone is paying more.

Consumers aren’t the only ones feeling the pinch of inflation. Governments, too, see their own plans unravel when the value of the euro drops. In housing, for example, the government has planned 2.25 billion euros of investments supposed to guarantee certain objectives: construction of 9,000 social housing units and purchase of 6,248 others, renovation of 1,500 empty spaces, etc. These targets simply cannot be achieved if construction inflation turns out to be higher than expected.

All of this makes you wonder why there was such a reluctance to review the budget last year or to consider any kind of mini-budget in the middle of the year. Does the government still plan to renovate 1,500 voids and increase the social housing stock by 15,000? Or does he plan to spend 2.25 billion euros and just achieve what he can? We can only assume that it is the latter, even if this sum is no longer sufficient to achieve its objectives. Extrapolate the same trends to the rest of the public sector: buy more Garda cars, equip more classrooms, build a children’s hospital… Either we increase funding, or we settle for less than what we were sold.

The government will argue with some credibility that simply increasing spending will drive up inflation even further. But for someone facing another rainy week without the money to fill up the car or the oil tank, it’s – literally – cold comfort.

Speaking of the budget: the next one is three months away, and we can only imagine the haggling within the cabinet as ministers simultaneously jostle to increase spending in their own areas, while those holding the cords of stock market are trying to lower expectations.

Concretely, spending will be reduced next year: it is simply impossible for the government to increase public spending by 8% to keep pace with inflation, while considering a revision of the public sector wage agreement and seeking to reduce the tax burden on workers.

But perhaps the most important budget is not three months away – it will be seen next week.

The Dáil will spend three hours next Wednesday discussing the Annual Transition Statements, which is a de facto discussion of Ireland’s climate performance and the steps we need to take to meet our global (legally binding) targets.

On that side, there is a lot of work to be done. To put it plainly, Ireland is not doing enough to halve its emissions by 2030. Even implementing the measures already committed would not be enough: if we did all that we have already committed to, the emissions would decrease by only 28 percent.

The pandemic has given us a false sense of accomplishment: major national lockdowns in 2020 and 2021 naturally reduced our emissions by keeping us at home, and instead of compounding that progress, it’s now being reversed.

Some TDs are unhappy that the Dáil cannot formally ‘debate’ budgets – rather, that they are simply released by the Minister of Environment without any formal approval from the Dáil – but the same goes for financial budgets.

There may be many discussions in the Dáil about which departments should receive what money, but allocations between them are never subject to TD approval.

Those who take to national newspapers to lament the structure of the carbon budget could use a reminder of how other budgets are put together.

Relaunch of the IMF program in sight: the budget includes measures to promote fiscal austerity and stabilization: experts – Business & Finance

Industrialists want a budget that accelerates the recovery