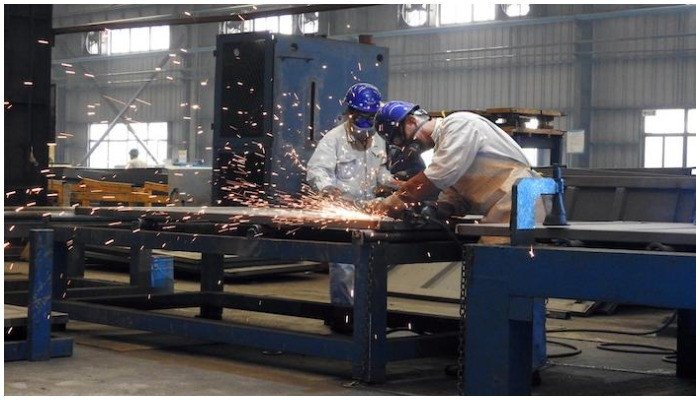 ISLAMABAD: The Annual Plan Coordination Committee (APCC) has signed the macroeconomic framework for the 2022-23 budget, which targets real GDP growth of 5% and an inflation rate of 11.5% on average.

The government also pointed out that the inflation target had not been met as it was initially envisaged at 8% on the eve of the last budget for 2021-22, but had already climbed to 13.3%. in the preliminary estimates.

The APCC meeting also approved the GDP growth rate of 5.97%.

The government’s target inflation hovers around 11.5% for the next fiscal year at a time when independent economists like Dr Hafiz A Pasha had predicted the CPI could climb up to 25% in the next fiscal year in due to the increase in the administrative prices of public services and higher taxation. .

The government has envisaged a current account deficit of around 2.1% of GDP equivalent to more than $10 billion for the next fiscal year.

The APCC-endorsed macroeconomic framework, which states that with the likely resumption of the IMF program, the economic outlook for the next fiscal year 2022-23 should result in an orderly rebalancing between economic growth imperatives and addressing vulnerabilities the external sector; particularly in light of the scale of the global slowdown and the expected reduction in global commodity price inflation and stable exchange rate movements.

Fiscal adjustment efforts, resolution of the deteriorating trade balance, and reduced political and economic uncertainty will slow economic growth. Given the uncertain external and local economic environment, GDP growth will decrease slightly and is expected to reach 5% for 2022-23 driven by agriculture (3.9%), manufacturing (7.1%) and the service sector (5.1%). .

Investment will also be moderate due to budget compression and the current account. Inflation will remain in double digits as global inflationary pressures will not subside very quickly.

The projected growth of agriculture at 3.9% depends mainly on the revival of cotton and wheat production, the constant availability of water, certified seeds, fertilizers, pesticides and agricultural credit facilities. . Revival of these two crops will not only support growth momentum, but also alleviate BoP pressures through lower import requirements.

The strong industrial performance of the last two years should be consolidated and the increase in production capacities during these years will anchor the growth momentum, which will be moderate due to fiscal consolidation efforts.

The services sector will also be subject to growth moderation and is expected to grow by 5.1% in 2022-23, which is still below its pre-Covid-19 five-year average annual growth of 5.3%. The expected performance in the agricultural and industrial sectors will complement the targeted growth in the services sector.

Furthermore, the level of investment for the year 2022-23 is expected to decrease slightly to 14.7% of GDP due to stabilization and the uncertain economic environment.

Fixed investment is expected to grow by 13% on a nominal basis; however, as a percentage of GDP, it will decline slightly from last year and remain around 13% of GDP in 2022-23. The national savings rate is targeted at 12.5% ​​of GDP for the next fiscal year.