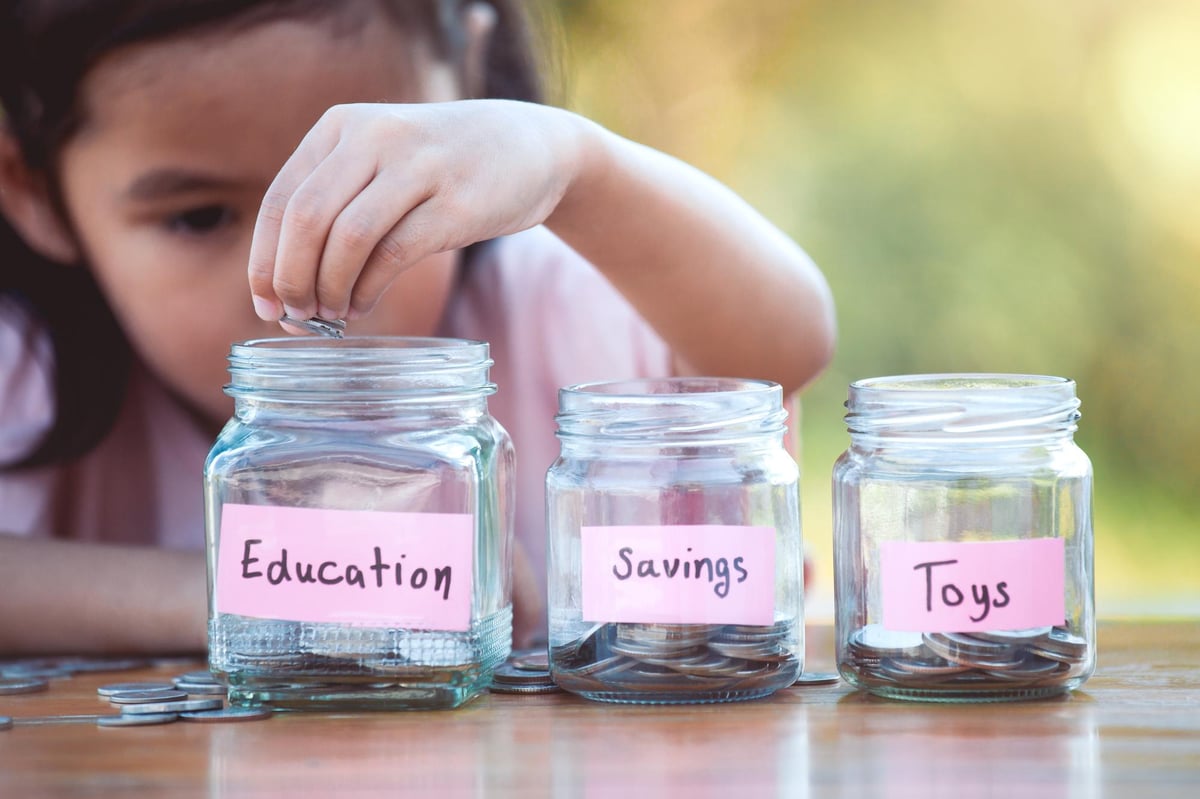 Letters to the reader: young people need to be taught how to budget

While this cannot be blamed on the Conservative government alone, it was exacerbated by around 80,000 Conservative members who elected Liz Truss despite warnings that her economic policies would lead to soaring interest rates.

Many economists agree that the Bank of England misjudged the risk of runaway inflation and was far too slow to start gradually raising interest rates last year at the start of the war. Ukraine, when it became clear that the world economy would be damaged for years to come because a result Many, like me, of the 1980s generation saw double digit interest rates and knew it there would be a day of reckoning – the era of cheap money was never going to last.

For younger generations, many of whom are forced to lend through student loans, the culture of lending has become the norm. The economic lesson, then, is not just for our central bank to do more to ensure that target inflation rates are met and for an incumbent government to never let a small number of members elect its leader again. It goes much further, school kids should all learn how to budget, save for rainy days and avoid high debt. Too many people are pushed to the limit and therefore have little money left after debts, rents or mortgage payments are made. This situation is aggravated by galloping inflation. Low-income and low-income people are the hardest hit and face very difficult times.

Getting a child to be cash-saving is a good investment in their future, a reader says

Our governments must ensure that these groups get the help they need, including increases commensurate with inflation in wages, pensions and benefits, and learn economic lessons for the future.

Oh my God, I hope I haven’t forgotten anyone. The world population in 1950 was 2.5 billion, 26 years ago in 1995 when COP1 took place it was 5.7 billion, today it is 8 billion and it will be 9.7 billion by 2050 and 10.4 billion by 2100. Since the 26 COPs have failed to address the question population I suggest that another eco-group is urgently needed and should s call it Just Stop Breeding.

Hundreds of billions of pounds have been lost to the UK economy in days following the reckless ideological decisions of a Prime Minister and his Chancellor. Tens of billions of pounds wasted on useless PPE and a faulty track and trace service with contracts awarded to friends and supporters of the ruling Conservative Party. Several billion pounds written off due to fraud and many more billions lavished in grossly excessive British military spending on two aircraftless aircraft carriers, eight Type 26 frigates with work only yet to begin on the first three and 500 Ajax armored vehicles that are yet to enter service more than five years past their due date. However, Alexander McKay (Letters of November 4) chooses to complain about the cost of Angus Robertson MSP, Secretary of External Affairs, visiting Spain for a two-day “trade and investment” mission.

It seems either an incredibly desperate attempt to distract from the UK government’s blatant incompetence, or more than a little ironic that someone who apparently can’t see the wood for the trees is wondering when the others are going” wake up and smell the coffee”.

Regarding Liberal Democrat MP Alistair Carmichael’s article on Orkney and Shetland and their ongoing disputes with the Scottish Government (Perspective, November 4), I remember when oil was first discovered in the North Sea, the oil companies sent junior officers to negotiate with the local councils, thinking they were the country’s morons. the local councils weren’t the morons they thought they were. Do Bute House want to prove they are bigger than the oil companies. A slight tilt on the sovereignty of the islands. They constituted a marriage dowry for the king, so shouldn’t they be in a similar situation to the Channel Islands and the Isle of Man by being in the gift of the sovereign?

Alistair Carmichael has shown how devolution has failed in rural Scotland, both south and north of the central belt. His article could also have pointed to the failure of the SNP to honor the promise, made in 2020 on behalf of the party by Aileen Campbell MSP, to support the bill introduced by Andy Wightman on behalf of the Green Party.

This change would have ensured the incorporation of the European Charter of Local Self-Government into Scottish law and would have delegated additional financial and political powers to local councils. However, it seems that after the 2021 election, the promise given by these two parties has ended up in the dustbin of history at Holyrood.

What value does an SNP promise have when they disregard promises made in their name?

All Police Minister Chris Philp is guilty of is saying out loud what millions of people in this country are saying, that economic migrants have an almighty gall to complain about their plight in the UK while that our natives, of all ethnic origins, and the Ukrainian refugees struggle to heat themselves and eat. Beggars still can’t choose but migrants are given carte blanche to slam their free hotel room after paying thousands of pounds to enter this country illegally, through lawyers made rich from a dripping roast of taxpayers’ money on total madness. As Alistair Carmichael sheds crocodile tears at Philp’s “shocking and insensitive” remarks, he and the bleeding hearts of the nation’s career never lead by example. It has now been six years and two months since Scottish First Minister Nicola Sturgeon and Home Secretary for Labor Yvette Cooper said they would personally host refugees on their own property – another of their unfulfilled promises. .

All governments make mistakes (Richard Allison, Letters, November 2), but those made in Westminster are much more serious and expensive, not least because of the Brexit disaster, backed by Labor and the Lib Dems, which devastated Scottish exports, and the main reason the UK is in terminal decline. Or the Tory mini-budget that necessitated a Bank of England bailout, plus the costly Westminster energy supply blackouts that will bring hardship to many this winter.

The fact that Mr Allison blames the SNP for a delayed part of the CalMac ferry sensor indicates that the ferry failures are becoming a political witch hunt with the wrong targets, as Richard Leonard’s desperate attempts on television clearly illustrate. implicate Nicola Sturgeon with innuendo.

Commercial shipbuilding on the Clyde was effectively killed when successive Westminster governments failed to invest some of the hundreds of billions the UK Treasury earned in the heyday of North Sea oil into upgrading industries Scottish shipbuilding and manufacturing industries. Norway and Denmark have done this and have become world leaders in shipbuilding and renewable energy production.

Ferguson Marine has had its issues, but is being refitted with new hangars and a reinvigorated workforce of 400, including dozens of local apprentices. You couldn’t have predicted this seven years ago.

A Perthshire man is jailed for 18 months after the baby he was babysitting ingested cocaine from his finger, causing near-fatal heart failure. 18 months. Scottish justice is once again a despicable laughingstock. Words fail, apart from these.

The Alice in Wonderland message contained in Mary Thomas’ letter appears to show that she is misinforming herself and readers (November 2).

The fact is that Holyrood has delegated responsibility for the NHS to Scotland and for Humza Yousuf to say, officially, that it will take five years to reform the NHS without providing an iota of detail of the plan to do so which is totally irresponsible and illustrates the lack of experience and competence of the Minister and his team of advisers.

There is no point in blaming Westminster yet again for not giving the SNP even more money to squander on pet projects, as Ms Thomas claims, added to the fact that the SNP/Greens could alter the tranches of d taxation if they need more money to finance the correction. of their past mistakes, plus all the extra money received from the UK Treasury on top of the regular Barnett Formula payments.

Perhaps it would be better if Mrs Thomas could direct her anger at our Prime Minister and his Westminster team leader, Ian Blackford, and promote an end to the relentless stream of criticism and insults we hear and see uttered daily against English ministers and politicians.

This is not the way to run a devolved assembly for the benefit of the people of Scotland.

Your thoughts are welcome. Write to [email protected] including name, address and telephone number – we will not print all the details. Keep letters under 300 words, with no attachments, and avoid “letters to the editor/readers” or the like in your subject line. If you refer to an article, include the date, page number and title.