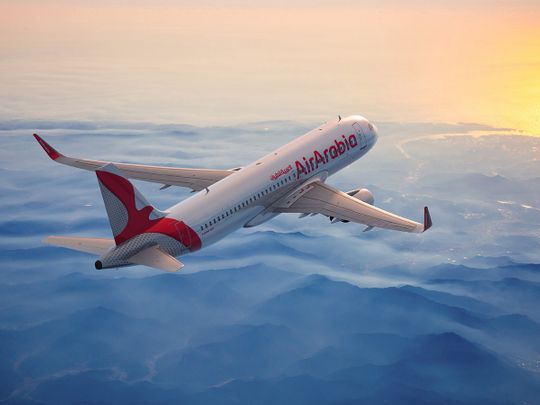 In 2021, Air Arabia also announced the signing of an agreement with the Armenian National Interest Fund (ANIF) to launch the Armenian national airline “Fly Arna”. Another joint venture is with Lakson Group, one of Pakistan’s leading business conglomerates, to launch “Fly Jinnah”, a Pakistan-based low-cost airline.

“They are the business model that stands out in the Middle East region in terms of knowing how to exploit a low cost proposition in a very efficient way,” Douglas said.

Douglas also said the Russian-Ukrainian conflict and soaring jet fuel prices are just a “short-term weak point” in the “grand scheme of things.” “There’s a lot more optimism in place, but I don’t think anyone would be naïve enough, given the many other challenges that exist,” Douglas said. “We all managed to navigate through them and I don’t see this as anything more than a relatively short-term failure in the bigger scheme of things.”

Average jet fuel prices in the third quarter could range from $165 a barrel to $225 if tensions between Russia and Ukraine escalate further.

At the CAPA airlines summit last week, Douglas said Etihad delivered a profitable first quarter, helped by strong load factors. “The first quarter was extremely strong for us – it’s probably the most profitable quarter in company history,” Douglas said. “First of all, the demand continues to grow and the yield is still there in the ticket price.”

Etihad, which was in the midst of a turnaround before the pandemic began, posted a sharp decline in losses in 2021 to $476 million from a loss of $1.70 billion a year ago. “We created our own crisis in 2016,” he said. “We had to go through a complete restructuring, a change in operating model, what I would call open heart surgery with our balance sheet.”

The CEO said the recovery really started in 2021 when Abu Dhabi eased travel restrictions. “What we’ve seen after that is an incredible increase in demand – people are calling it revenge tourism.”

Bangladesh’s 2022-23 budget should focus on creating jobs for the marginalized: Debapriya