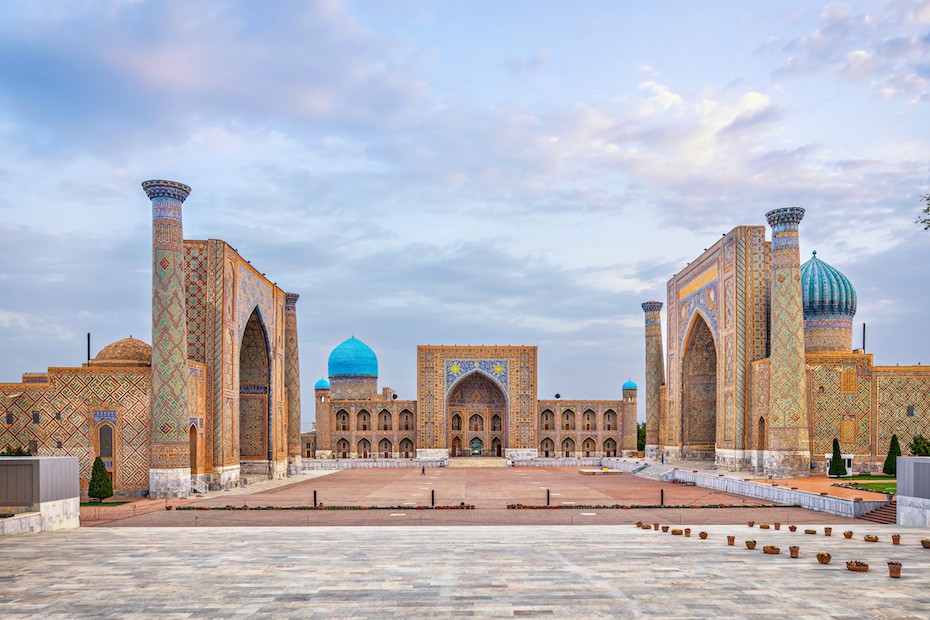 Low-cost airline flydubai has announced that it will start flying to Samarkand, Uzbekistan, from September 20 with a twice-weekly service.

With the addition of flights to Samarkand, flydubai’s operations in the market will expand to two points, including the capital, Tashkent.

With the launch of operations in Samarkand, flydubai is expanding its network to 102 destinations served by a fleet of 65 Boeing 737s.

The airline operates flights to six destinations in Central Asia, including Almaty and Nur-Sultan in Kazakhstan, Bishkek in Kyrgyzstan, Dushanbe in Tajikistan as well as Samarkand and Tashkent in Uzbekistan.

Hamad Obaidalla, CCO at flydubai, said: “We started operations in Uzbekistan in 2019 and were pleased to see the market grow as travel demand returned. With a combined frequency of eight flights per week to Samarkand and Tashkent, we look forward to further supporting commercial and cultural ties with the United Arab Emirates and encouraging more people to visit this beautiful country steeped in history and tradition.

Jeyhun Efendi, SVP Commercial Operations and e-Commerce at flydubai, said, “Central Asia is an important and growing market for flydubai. The new service will offer our customers from Samarkand and adjacent regions an easier and more efficient way to travel to the United Arab Emirates and beyond. We will start with a bi-weekly service from September and are excited to see the market grow even more in the future.

Separately, flydubai has canceled flights to Sri Lanka until the end of August due to the ongoing crisis in the country.

According to a statement from the airline, “flydubai flights between Dubai and Colombo airport have been suspended from July 10 until the end of August and until further notice. We will continue to closely monitor the situation on the ground in Sri Lanka. Passengers who had booked their tickets will be refunded their money.

3 low-budget jobs to strengthen the roster