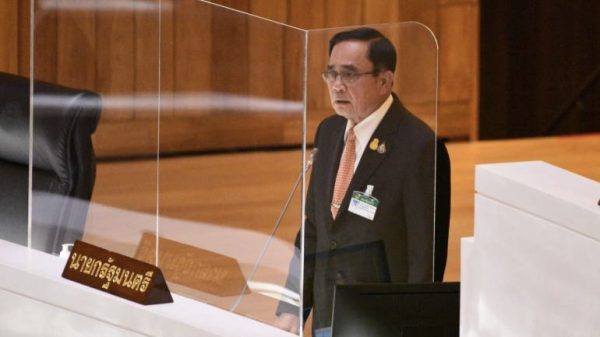 Thailand’s declining birth rate in recent years has led to a drop in student numbers and a commensurate reduction in the education budget, from around 330 billion baht this fiscal year to around 325.9 billion baht. baht for 2023, Prime Minister Prayut Chan-o-cha told parliament, as he answered questions from opposition MPs on the reasons for the education budget cut, today (Wednesday) , day two of the three-day first-reading debate on the annual national budget.

Despite the reduction, the Ministry of Education will still receive the largest slice of the national budget pie, compared to other ministries, followed by Defense, which is expected to receive 325.5 billion baht if the bill is passed without change.

The Prime Minister assured that the government was however fully committed to promoting education and promised to provide more funding from the Central Fund if needed.

Noting that his mother was a primary school teacher and that he himself taught in a military academy, the Prime Minister affirmed that his government had always given priority to the promotion of education for the development of human resources, both teachers and students.

He said more schools have been built in remote areas so students don’t have to travel far to attend classes.

Regarding the allegations of job swapping, involving several education officials paying under the table to be promoted, the Prime Minister said that the Ministry of Education had suspended the promotions budget pending an investigation and that the budget would be reinstated once everything was clear.

The prime minister said he worked hard every day as he insisted he had never abused his position to interfere in business for the benefit of anyone, including those close to him.

As a human being, the prime minister admitted he was quite emotional at times, but promised he would do his best to keep it under control.

He thanked the opposition MPs who gave positive feedback on the budget bill and promised that the budget will be adjusted during the voting period, after the adoption of the first reading of the bill. .

The opposition has pledged to vote against the bill, deemed ill-proportioned, but remains uncertain whether there will be enough votes to sabotage it. The proposed budget of 3.18 trillion baht represents an increase of 85 billion baht over last year, or 2.74%.

Georgia 1st in the world for budget transparency