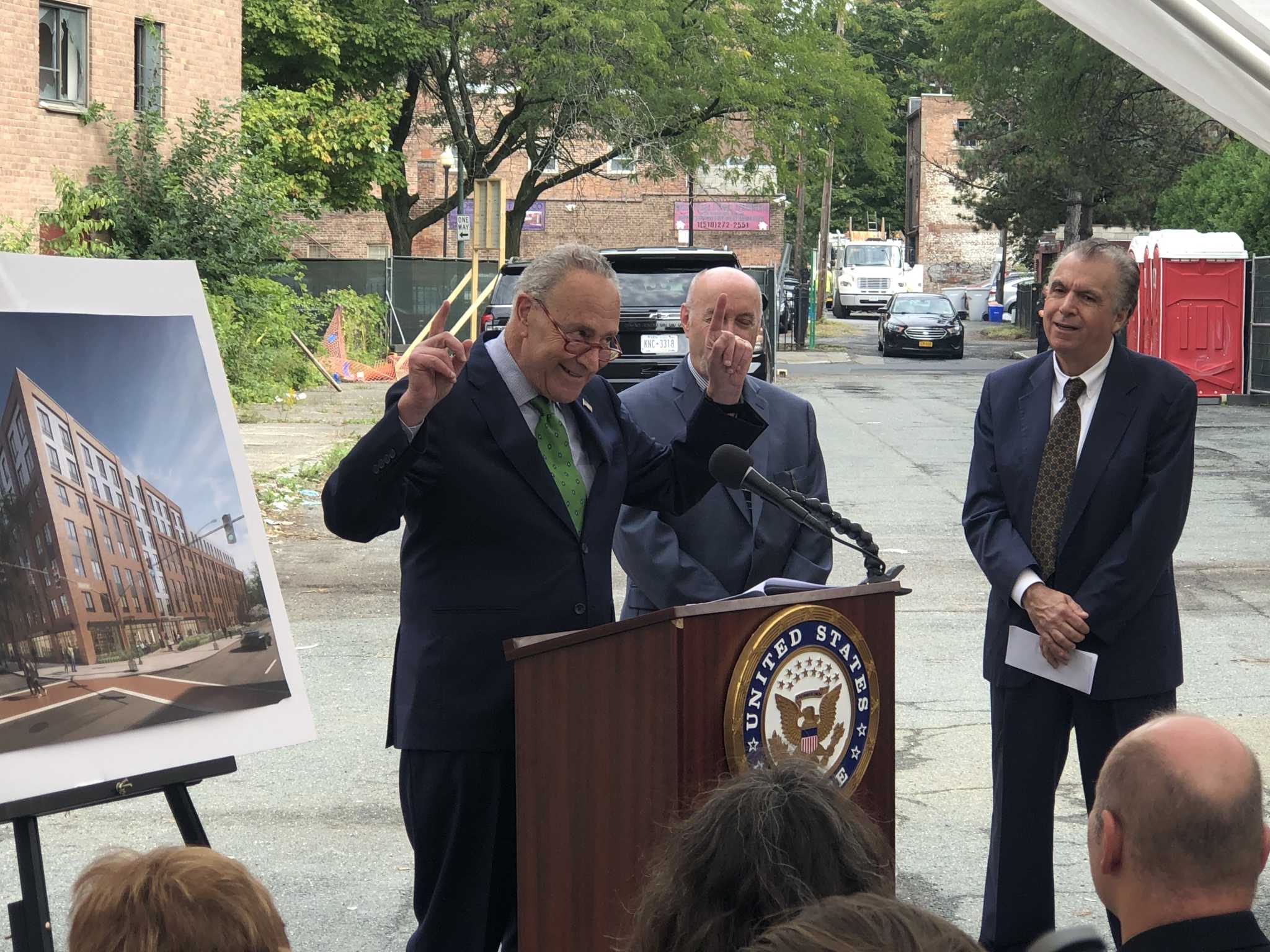 TROY — U.S. Senate Majority Leader Charles Schumer was in Troy on Monday to assure public housing and low-income residents of the city that he would seek to add $1 billion to the federal budget to ensure that HEAP funding this winter does not run out as it has in previous years.

HEAP is short for Home Energy Assistance Program. Some households are entitled to an annual benefit varying between $350 and $675, depending on their source of heat and their income.

This increase, combined with record inflation for other consumer goods and services like medical care, could lead to record demand this winter. Schumer said he didn’t want to wait until the money ran out to try to get more money.

“Otherwise we will run out of money and people in the capital region will have to make tough choices,” he said.

The HEAP program serves 57,000 households in the capital region with $40 million in assistance, according to Schumer’s office. The overall program costs $4 billion, and with Schumer’s addition to the federal budget, it will grow to $5 billion. Congress is trying to put in place a temporary budget measure that would allow the federal government to move into mid-December after the fiscal year ends at the end of that month.

“You may remember a few years ago we ran out of money around February and people were stuck – we had to rush to add more (money),” Schumer said. “This year I tried to make sure that wouldn’t happen, and as Majority Leader I can do that.”

HEAP funds are usually released in January and February. Last year, Schumer lobbied for the funding to be available sooner because winter weather arrives much earlier than in the Northeast.

Natural gas, which is used to heat most homes in the capital region, is trading at record highs with high demand and Russia’s war in Ukraine causing gas and oil supply problems .

This winter, the average home heating bill (over a five-month period) will exceed $900, far more than HEAP assistance.