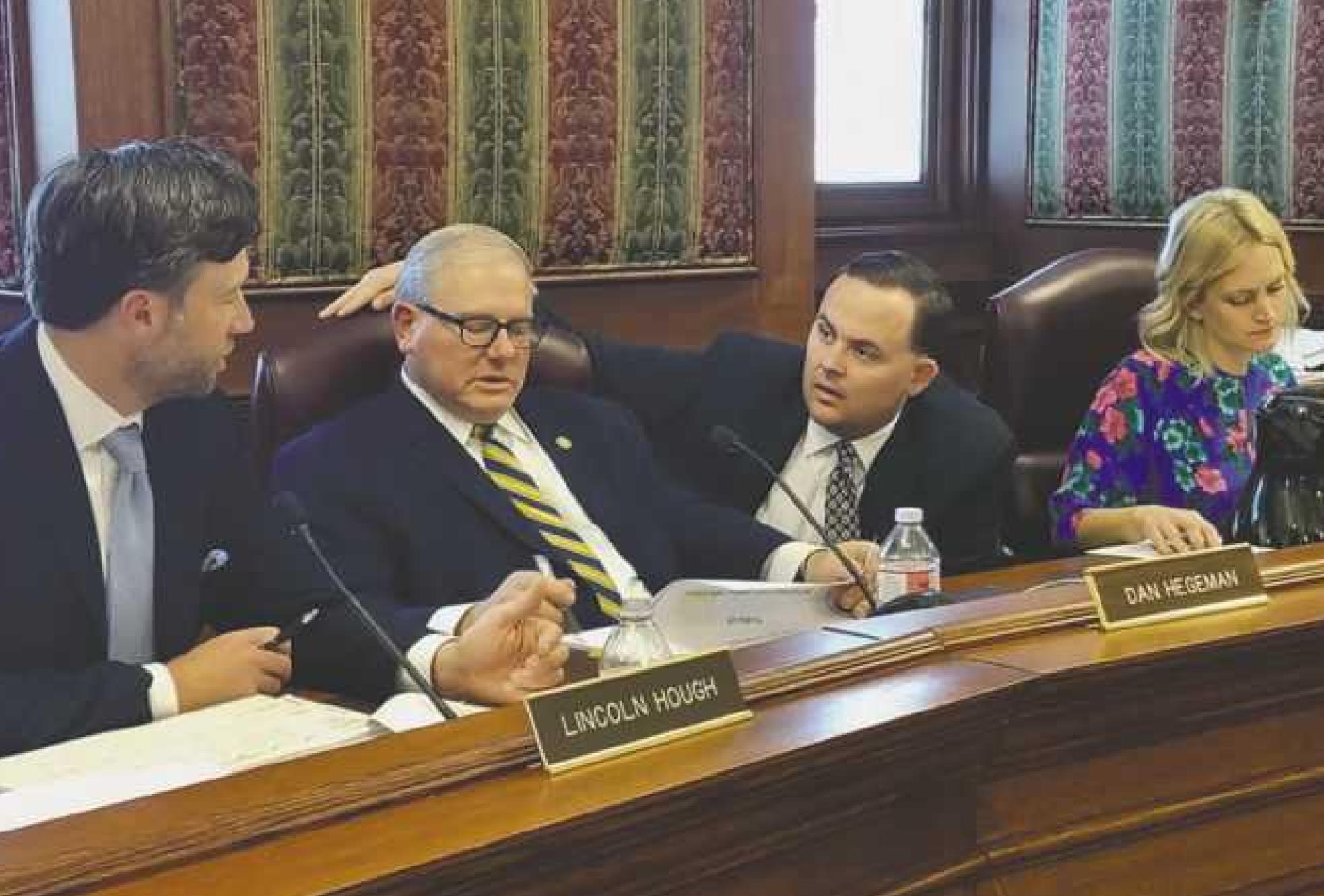 Cassville’s conservative Republican, Emory Melton, a state senator from 1973 to 1997, didn’t like new programs with ongoing costs ending up in Missouri’s budget.

“There is nothing that approaches eternal life on this earth like a government program,” he told an oral history interviewer in 1996.

But when other Missouri lawmakers dipped into the treasury for a small sum for their district, Melton didn’t object. They were just taking care of “a little jar of peas”.

He was not immune. Melton, who died in 2015, has his name on the Roaring River State Park conference center he was awarded $600,000 to build.

This year, with a record general revenue surplus and billions more in federal aid, pea patches are getting a lot of attention.

Last week, the Senate Appropriations Committee completed work on 13 spending bills for state operations in the year beginning July 1, doling out amounts ranging from a few hundred thousand to a few million — about $80 million in total — for hometown or statewide specialty interests.

Since Senate items were not funded in the House budget plan – and because there are lower house pea patch items – the work of funders from here to finalization of the budget is to hang on as much as possible.

The Kansas City Ballet is expected to help. Just like the Route 66 and Juneteenth celebrations. And there are funds set aside for individual senior centers, agricultural research facilities, and nonprofits that serve social needs.

To reach the intended recipient, the budget language should be specific without identifying the entity or location by name. In the budget bill, Brown’s request will be stated this way to direct the money to Phelps and Pulaski counties:

For Democratic Senator Barbara Washington, the goal was to secure items for “any city with a population greater than four hundred thousand and located in more than one county” – commonly referred to as Kansas City, where Washington resides.

Washington added more than a dozen articles. Among his proposals were $350,000 to increase annual state support for the Negro Leagues Baseball Museum, $400,000 for mental health programs at the Samuel Rogers Health Center, and $150,000 for the youth orientation program known as the name of BAM/WOW to become a man and Work on femininity.

She was playing catch-up for her community, she said.

“The budget came to us with a lot of these types of things already added to the House on the St. Louis side and across the state,” she said. “So where it seems like I’m making all these requests is because we didn’t already have this in the House.”

The Appropriations Committee wrapped up its work last Wednesday and the full Senate is expected to debate the 13 bills beginning Tuesday.

As proposed by Gov. Mike Parson in January, the bills totaled $44.5 billion and the version sent by the House cost $43.9 billion.

Another appropriation bill passed by the House would spend about $2.6 billion in federal COVID-19 relief funds. The Senate Appropriations Committee will work on that bill after the operating budget is completed, as well as three capital spending bills, adding about an additional $950 million, passed Thursday at the Missouri House.

The action of the Senate committee was not limited to small things. He also looked at ideas for using the surplus to control state costs for the future. Parson, for example, proposed using $500 million to bolster the main state employee pension fund, and the House revised it to a five-year plan. Parson requested $100 million to prepay the state debt, which the House increased to $276 million.

The Senate committee liked Parson’s plans, both for the Missouri State Employees Retirement System, or MOSERS, for filing and for debt repayment.

The largest general revenue addition approved by the committee was $214 million to fully fund the state’s share of school transportation costs.

The little things were the biggest time-consuming during the nine hours the committee spent finalizing the supply bills. Not because of a long debate, but because each element had to be described so that the staff could write the necessary language to direct it to the right recipient.

To avoid a repeat in the floor debate, Senate Majority Leader Caleb Rowden of Columbia said Thursday that members who are not among the 14 senators on the committee should have directed their requests to the appropriations chairman, Dan Hegeman.

Hegeman had an open door for members, Rowden said.

“If they didn’t get it in the budget, through the committee process, and shame on them because, you know, of any year, I’m sure it would be a pretty easy year for do it,” he said. .

Rowden District’s leading institution, the University of Missouri, has shown its lobbying power in the budget process. For the first time, the House included funds, $11 million in total, to protect the budgets of the state’s small four-year universities and the State Technical College of Missouri from the cost of rising pension contributions. .

The employees of these institutions are covered by MOSERS. There have been several years where the contribution rate has increased at the same time as state support has been reduced.

Last Tuesday, the Senate Appropriations Committee agreed to give the University of Missouri system $4.9 million as a contribution to its separate retirement fund.

“This $4.9 million, one-time, treats them all the same as other institutions with the one-time payment made for their retirement system,” Sen. Lincoln Hough, R-Springfield, said in making the request.

Rowden, who is the second-highest ranked Republican, said he didn’t ask.

“I didn’t even know that,” Rowden said. “But it sounds like a great idea.”

There were several bright moments as the committee worked on the bills.

After Washington secured the funds for mental health care through his community’s federally qualified health center, Hough requested $500,000 to do the same at Jordan Valley Health Center, which serves the Springfield area.

“You are imitating,” Washington said.

Washington then requested that his request be increased to match Hough’s.

Hegeman had his additions — one was $400,000 for the Graves-Chapple Education and Outreach Center in Atchison County — but he also had to act as an arbiter, sometimes seeking a reduction in the asking or warning that certain treasury funds had limits.

The Wood Energy Tax Credit supports the conversion of wood waste into fuel, and Brown, whose district is a major wood producer, asked to increase the allocation to $6 million.

During the pandemic, Brown said, factories have struggled to market waste.

“They need it to get rid of some of these piles of sawdust,” he said.

Hegeman offered $2 million. Last year the amount was $1.5 million and Parson’s proposal, approved in the House, was to reduce it to $740,000.

Many changes to the Senate, large and small, will find a warm welcome among House Democrats, who had urged the state to use more of the surplus, State Rep. Peter Merideth of St. Louis said during from the Democrats’ weekly press conference.

“I can say that we are very excited about much of the work done by the Senate,” Merideth said. “They took a lot of our proposals and included them in their version of the budget.”

After the debate on the floor this week, the budget bills will go to a conference committee and the talks will begin. One of the levers is the budget of the other chamber.

The House included $545,000 for a new electronic reporting table for its roll-call votes. It was not recommended in Parson’s budget. And it won’t be in the Senate version.

“We will take the governor’s position.” Hegeman said with a chuckle, “and we’ll have a conference element.”

Primark to raise prices as inflation bites the budget chain