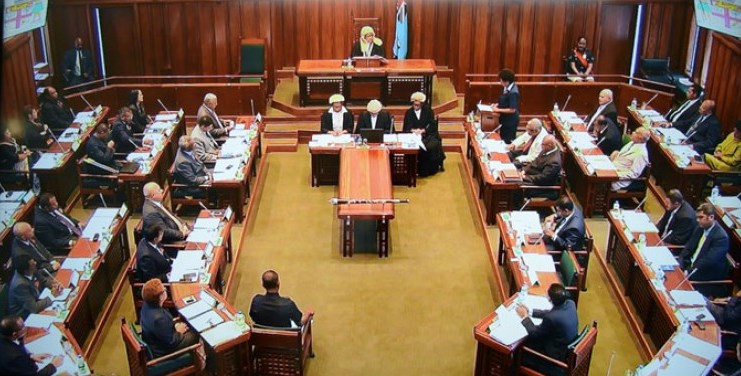 When the new “mini” budget is tabled on March 24, I hope that without the government’s theatrical arrogance, it will be four months ahead of the amended fiscal year which ends on July 31.

The Government has allowed itself, by means of an accelerated law, to table a new budget eight months after the previous one.

With the history and experience of national budgeting as a core business of the Ministry of Economy, bureaucrats should have the best possible tools to project future budget trends and risks, or have the means to make buffers available prudent, within the framework of the law?

The consequent budget law amendment, made in last year’s budget, added a section 13B(1) to the Financial Management Act.

This stipulates: “The annual budget may be modified during the financial year by an amending budget approved by Parliament.

There is no such thing, according to their own law, which provides for a “mini budget” or a “revised budget”. This is why words matter.

What is the reason?

When tabling the amending budget, Section 13(B)(2) of the Financial Management Act sets out the requirements of the Minister for the Economy.

The Minister must table in Parliament an amending budget “when he modifies the total expenditure, borrowing or revenue of an annual budget following a deviation from the budgetary strategy”, this budget must be accompanied by a finance bill, the budget estimates and the reason for the supplementary budget.

The first thing to note is that the Financial Management Law clearly states that the Ministry of Economy should not deviate from its fiscal strategy unless an economic shock occurs, or the effects of the economic shock cannot be covered by the annual budget, and finally whether the deviation is approved by the Cabinet.

After satisfying these criteria, “the Minister shall, as soon as possible, inform Parliament of the deviation and the reason for the deviation”.

No one has heard any justification for this additional budget.

The first idea anyone had that a supplementary budget was in the works was in the Fiji Sun on Feb. 17, under a boxed “must-read” news story.

Only the Fiji Sun (obviously) echoed the economy minister’s sideline remark about a ‘mini budget’ as he handed out award letters to medical students.

“If there is a need, we could do one and hopefully we can deliver one in March,” he said.

“We are doing an assessment, but the news is that there will probably be a mini budget.”

That admission alone was telling enough. Did the government really have a reason or not?

The most compelling reason may be the dry state of national coffers, where large shortfalls were met by two separate tranches of direct budget support from Australia, New Zealand and other donors – even after the adoption of the last budget in July 2021.

During a press conference in February this year, the public was then informed that this supplementary budget was due on March 17 to cover a period of 5 months.

A parliamentary session scheduled for March, with all the paperwork for questions and motions duly tabled by the opposition, was then set aside for this supplementary budget.

The Minister of Economy told us that “the economic and financial landscape of Fiji has changed”.

“This, he said, had to be ‘reflected in the mini-budget’.

Has the transformation of our economic and financial landscape therefore gone from “Dinau” to “Very, very Dinau”? Or are things looking rosy as announced by the Governor of the Reserve Bank in the Fiji Times on February 25?

Judging by the economy minister’s frantic “consultations” across the country, it’s hard to see how his extensive open sessions are meant to help them craft a targeted five-month budget.

Our people just want to be heard. They have every right to insist on a “performance management review” of those whose salaries they pay.

What our people will have little appetite for, however, is jhoot and lasulasu on overdrive.

Is it realistic to expect this five-month budget to address all of these pressing issues? Or will this supplementary budget ultimately lead the government to elections?

Time and money (or lack thereof) will tell.

And the carbon budget?

Ahead of COP26 last December, the government passed the Climate Change Act. Our leaders oversold this in Glasgow, including in “this” iPad interview.

So how does the government propose to start reducing its carbon emissions through the new “carbon budget” process?

The National Federation Party asked about this earlier. It just seemed like a symbolic flash to show at future COPs.

Certainty and preparation are needed if Fiji is to adopt its first carbon budget which will run from January 1, 2026 to December 31, 2030. But the preparatory work must start now.

Scientists from the Intergovernmental Panel on Climate Change (IPCC) recently published a report pointing out that “maladaptation”, such as the use of seawalls to protect against sea level rise and storm surges, could be counterproductive.

Instead, the report suggests that green buffers like mangroves may be preferable, while noting that they are not suitable for all locations.

This IPCC report has very real budgetary implications (even for a budget of only five months) as the cyclone season ends next month. However, extreme weather events, as we have seen in the devastating floods in Australia, are no longer tied to seasons and weather ratings.

The economy minister is also “hard selling” for green carbon trading, especially to customary landowners who are custodians of native forest areas.

Similarly, blue carbon ventures are being explored with global groups even though the law, as we previously warned, is vague, particularly the process for registering blue carbon sequestration property rights.

Trading blue and green carbon has benefits, but the fullest free, prior and informed consent is required under the principles set out in the Climate Act.

Granting this consent must move away from old paradigms where freehold and customary landowners are mere minnows in the resource rent equation.

They should own the companies that trade these carbon stocks on a global level playing field, having been guided and assisted in making the institutional investments, while ensuring strong due diligence safeguards.

These are the preparatory feasibility tasks that a five-month budget should begin to examine. Not just the salesman’s spiel of $20,000 to keep five acres of forests intact, not to mention the adjustments that have to be made by tribal clans, if they lease their land for carbon trading for 10 years or more.

The fairness factor of their investment returns will only be clear if there is transparency in the numbers, when weighed against the buying and selling prices of carbon credits in the global market.

Rather rock or rather rolling?

What to expect on March 24?

Can we expect a rollback from the public health emergency for COVID-19, given the decline in infections – particularly when elections are due to be held anytime between July this year and January of next year ?

Can we expect clear laws for political parties on who will receive and “approve” party manifestos requiring financial commitment, and by when?

Can we expect the economy minister’s outlandish proposal for Fiji to explore industrial hemp cultivation to succeed?

Can we expect this Ministry or Health to provide us with statistics on the number of deaths caused by myocarditis or stroke from April 2021 to February 2022, by age, ethnicity, sex, place of division and vaccination status?

Can we expect Tourism Fiji and FICAC to file annual reports late?

Whatever we finally hear on March 24, it will then become clear whether the government is really rocking or simply rolling towards the way out.