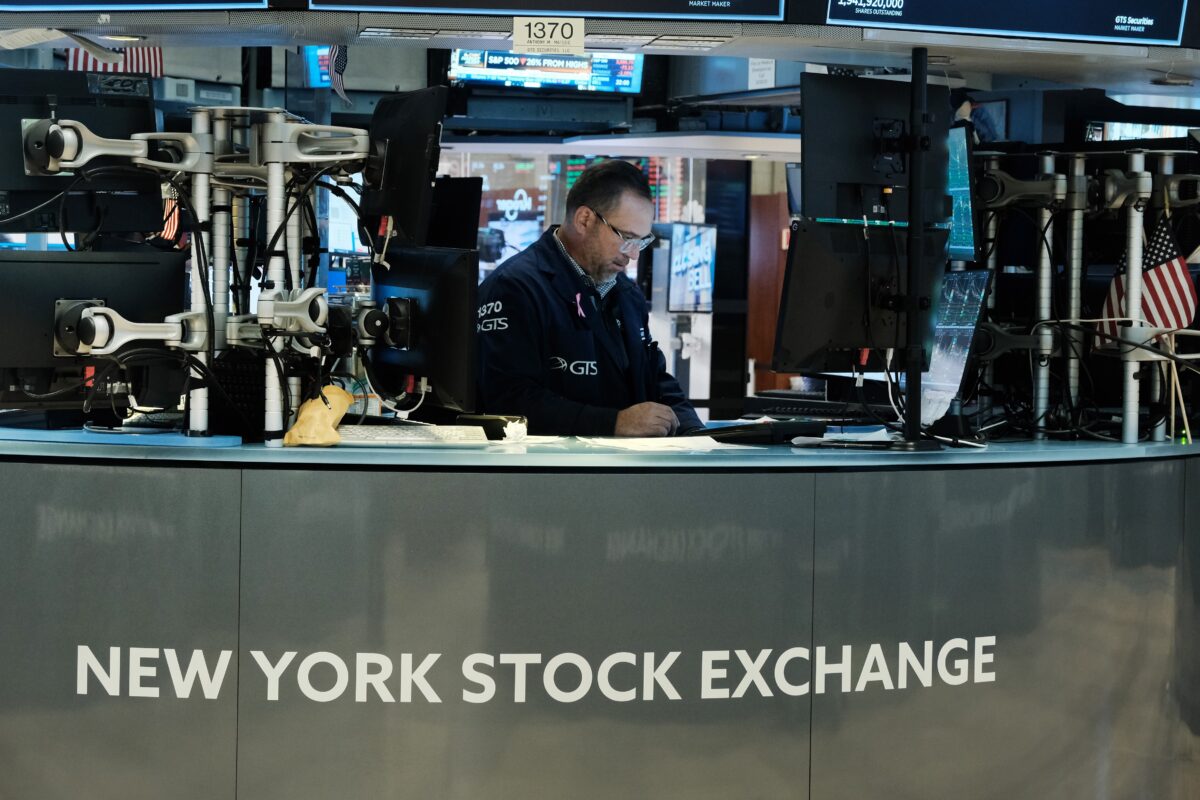 The US federal government has over 1.8 million civilian employees and over 1.3 million active duty military personnel. Many have access to confidential information that could be traded on the stock exchange to give an advantage over tax-paying stock traders who pay their salaries. It is simply wrong.

A major Wall Street Journal study, published in a series of investigative articles this month, delves into the details of questionable stock trading and conflicts of interest of most mid-level executive officials. The Journal found that laws on public disclosure and the recusal of policymakers on matters that would affect their investments are often not followed and rarely enforced.

When enforced, the sanctions are generally a slap on the wrist compared to what federal stock traders, for lack of a better term, can do in the markets.

One of the most interesting findings is that Defense Department officials are among the largest investors, relative to other federal officials, in Chinese stocks.

“Across the federal government, more than 400 officials owned or traded shares of Chinese companies, including State Department and White House officials,” according to the Journal. “Their investments were between $1.9 and $6.6 million on average per year.”

Reed Werner, former deputy assistant secretary of defense for South and Southeast Asia, said he purchased up to $50,000 worth of Alibaba stock in December 2020. Deliberations were ongoing at the era on whether to ban Americans from investing in Alibaba. Werner was involved in the discussions, according to a Journal source.

The Treasury Department decided not to ban Alibaba; that day, its stock market value increased by 4%. Three days later, according to Werner’s disclosure form, he sold shares of Alibaba. It was a good time; as the next day, there were more deliberations on whether to add Alibaba to the blacklist.

Despite these questionable transactions, Pentagon ethics officials certified that Reed was in compliance with the law. The appearance of a conflict of interest and access to confidential information likely to be exchanged was therefore not Reed’s fault but a weakness of the law itself.

The highest-ranking official covered by the investigation is former Transportation Secretary Elaine Chao. On March 16, 2020, the S&P 500 index of the largest US stocks fell 12%, under pressure from concerns about the effect of the pandemic on the economy. That day, Chao bought up to $1.2 million in funds that broadly track US stocks.

The S&P climbed 57% at the end of 2020; presumably, the family investment too. It’s unclear whether or not Chao had prior knowledge of stimulus financing and whether that influenced his decision to invest in the S&P. But it gives the appearance of impropriety and therefore should never be authorized by an official who holds the public trust.

Again, the problem is a lack of effective legislation, not Chao’s actions which were within the bounds of weak law.

The challenge goes beyond a few examples. US officials often own shares in companies that put pressure on them, creating the unacceptable appearance of a conflict of interest.

“Across 50 federal agencies ranging from the Commerce Department to the Treasury Department, more than 2,600 officials reported equity investments in companies as those companies lobbied their agencies for favorable policies, under Republican and Democratic administrations. “, according to the Journal.

“When financial holdings have caused conflict, agencies have sometimes simply deviated from the rules.”

More than 200 senior Environmental Protection Agency (EPA) officials and their family members, for example, collectively owned up to $2 million in oil and gas stocks from 2016 to 2021, on average.

Department of Defense officials in the secretary’s office and their family members jointly owned up to $3.4 million in aerospace and defense stocks during the same period.

“More than five dozen officials from five agencies reported trading in company stock shortly before their departments announced enforcement actions against those companies, such as charges or settlements,” according to the Journal. .

It’s great when our government officials believe and invest in America. But there should be no appearance of trade in confidential information or conflict of interest in their policy deliberations. American officials should focus on their privilege of serving the American people in their official duties and not waste their time trading stocks, for which the American taxpayer pays, both in terms of the official’s salary and loss of value. actions against federal traders. with confidential information and political influence.

As a government official, yes, buy from America in its broadest sense. Yes, allow your financial advisor to make decisions without your input. But don’t trade yourself, especially not in areas where you hold power as a public servant. This power, and the information that accompanies it, is a privilege delegated to you by the American people, and it should not be traded for personal gain.

Human nature being what it is, we cannot expect our public servants to follow these ethical principles out of the goodness of their hearts. Tougher laws must be legislated. But as the example of the Chao-McConnell family shows, the fox guards the chicken coop.

Therefore, Americans need to make noise and take to the streets until our legislators are motivated to do the right thing and stop government officials from playing the markets. Taxpayers should no longer accept the appearance of self-serving corruption in our government.

Anders Corr holds a BA/MA in Political Science from Yale University (2001) and a PhD in Government from Harvard University (2008). He is a principal at Corr Analytics Inc., publisher of the Journal of Political Risk, and has conducted extensive research in North America, Europe and Asia. His latest books are “The Concentration of Power: Institutionalization, Hierarchy, and Hegemony” (2021) and “Great Powers, Grand Strategies: the New Game in the South China Sea” (2018).

Stock traders are buying a high volume of call options on Ideanomics (NASDAQ:IDEX)