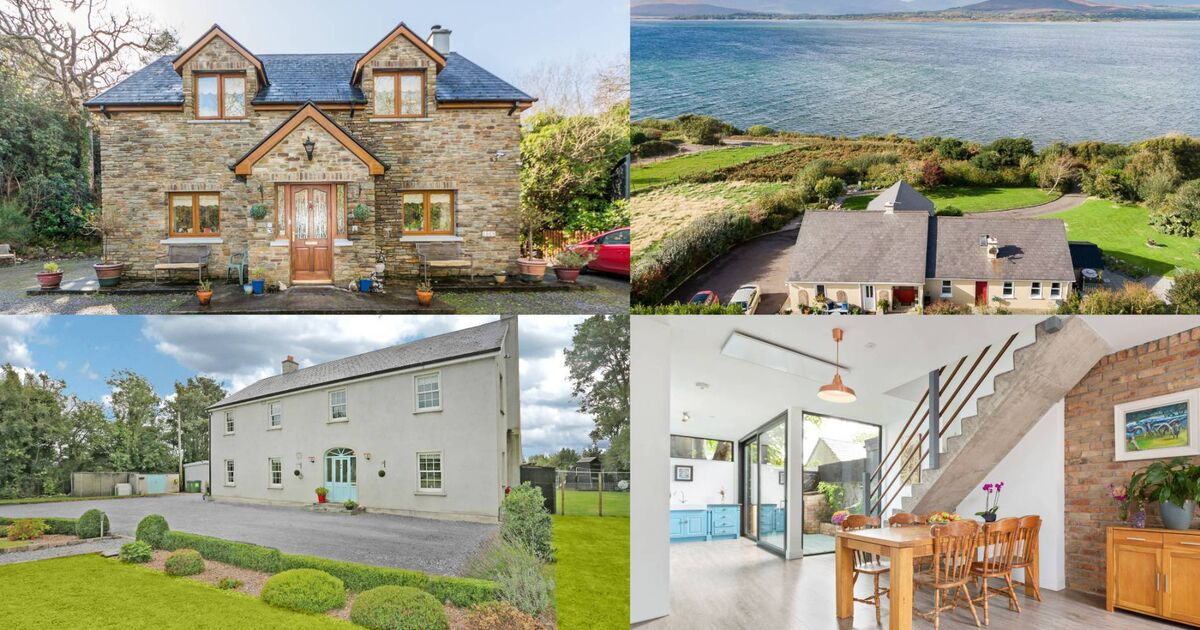 What a budget half a million can buy you in Dublin, Kerry, Tipperary and West Cork

A Victorian terraced property on a Viking Street in Stoneybatter at No. 32 Ivar Street has been given a thoughtful 21st century upgrade.

A two bedroom red brick home at the end of the terrace, it has been fitted over the last 10 years with a kitchen extension with full height bay windows as well as a modern concrete staircase.

Upgrading the energy rating to a B3 with new windows and heating, the owners have revamped the layout, exposed some bricks and redecorated. They also put a flat roof table on top of the extension so they could sit and look out across the city skyline.

Citing a £500,000 guidebook, Elizabeth Ryan of Sherry FitzGerald says the property’s draws include its stylishly decorated accommodation as well as its “cool location” near shops, bars, delis and restaurants.

“It’s only a few minutes’ walk from Stoneybatter while Smithfield and the Phoenix Park are less than 10 minutes’ walk away,” says Ms Ryan, noting that the town center is just a pleasant walk away. (two kilometers).

Offering 82m² of living space, the property has an open plan kitchen/dining/living room with a stove and red brick wall to the front and blue fitted units to the rear.

A large set of sliding doors open onto an interior garden.

The first floor has a bathroom and two bedrooms, one of which has a large window providing access to the roof above the kitchen.

VERDICT: Attractive both for its decor and its location.

City dwellers living in confined spaces with small gardens probably dream of having all the space offered by this five bedroom detached house in Ballyanny near Nenagh in Tipperary.

William Talbot of Sherry FitzGerald Talbot says it has been finished to an impressive standard by the owners who have focused on making it a family home.

Beautifully designed with a Georgian style entrance with transom, the house has a very large kitchen/dining room with country style units, an Aga range and a central island. There is also a living room with oak flooring as well as an office, utility room, utility room/games room and downstairs shower room.

Upstairs, a bathroom and five bedrooms, two of which are en suite.

The lawned gardens that surround the house are surrounded by mature trees and have space for patios and play areas.

Located in Ballyanny Upper, the house is 4km from the town of Nenagh and 7km from the village of Dromineer on Lough Derg. “It’s only 40km from Limerick city,” says Mr Talbot.

He says people who have already expressed an interest in it include returning emigrants, movers and commercial buyers and a few who like the idea of ​​living in the countryside and commuting to town a few days a week.

VERDICT: Much bigger for a 450,000 € guide than anything you would find in town.

Positioned to allow its occupants to enjoy the best possible views of Kenmare Bay and the McGillycuddy Reeks on the peninsula opposite, this bungalow near Tuosist might, despite it being almost November, make some people think of holidays of summer.

“The sea and mountain views are spectacular,” says auctioneer Patrick Connor-Scarteen who organized a self-guided tour this Bank Holiday weekend to cater to holiday home hunters and movers wanting to see it .

Built in the 1990s, the four-bed detached bungalow was upgraded in 2011 with a verandah and wooden deck that gave owners all-weather options for sitting out and admiring their views.

A modern, well maintained property on an elevated site, it has over half an acre of lawned and landscaped gardens with several patio areas and a vegetable patch.

To one side the property has an open plan kitchen/dining/living room with yellow painted kitchen units and a large sea side window. opens onto a veranda where sea and mountain views are framed by a long window.

There is also a laundry room and, on the other side of the bungalow, four bedrooms, three of which are en-suite and two with views over Kenmare Bay.

Guiding at €495,000, the property is located in Tragalee, 21 km from Kenmare and 2.6 km from Killmackillogue Pier.

VERDICT: Has views that can be enjoyed in any season.

Nestled amongst the oak forests of Glengarriff is a two-storey stone house which, for obvious reasons, has been called Eden by its owners.

“It’s a magical woodland retreat that offers privacy and tranquility just a short walk from the village,” says Denis Harrington of Harrington Estates, explaining that the River Glengarriff runs alongside the 1.25-acre woodland site.

On the market with an asking price of €595,000, the 20-year-old, three-bedroom property has 1,400m² of living space and a good B3 energy rating. Accommodation in the well-maintained, owner-occupied property includes a conservatory, kitchen, utility room and large living/dining room with a stone fireplace. The upper level has a bathroom and three bedrooms, one of which is en suite.

Mr Harrington says the wooded setting – in an area where no other development can take place – is special.

Located in Shrone, The Eden is just 300 meters from the village center and close to Blue Pool Harbour, which offers ferry trips to Garnish Island. Mr Harrington says that instead of going to the Blue Pool by road, an owner could take a boat along the river to get there.

The seaside village of Glengarriff, surrounded by woodland and sheltered by the Caha Mountains, has been popular with holidaymakers since Victorian times.

Eden viewers are now expected to include shoppers with young families who want to work remotely as well as older shoppers who are planning for retirement.